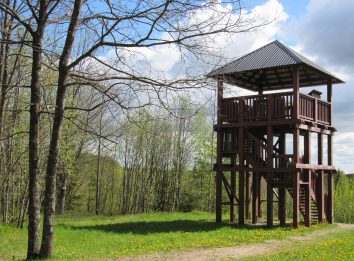 Observation Tower of Jogaudai. The 5-meter high observation tower can show you the scenic panoramic view of the pond and Luoka Lake. A gravel quarry was opened when a 162-meter hill was dozed in the 8th decade of 20th century. It is no longer operating since 2003, because this territory has been approved as a highly valuable in recreational point of view. At the moment, there is a deposit of almost 2 hectares with a surface of 140 m above sea level instead of place with dozed hill. 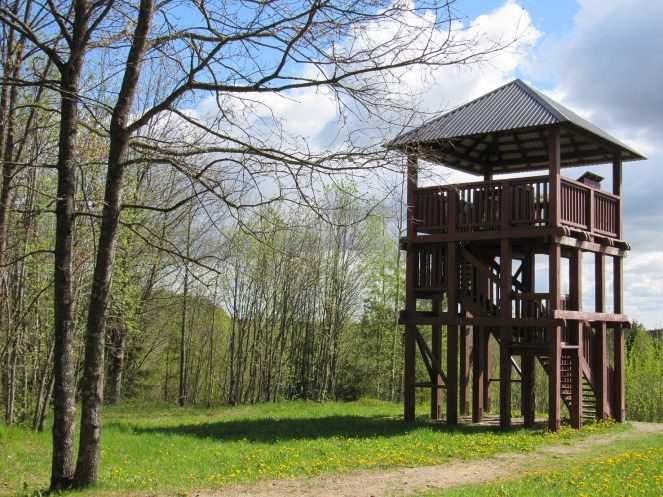 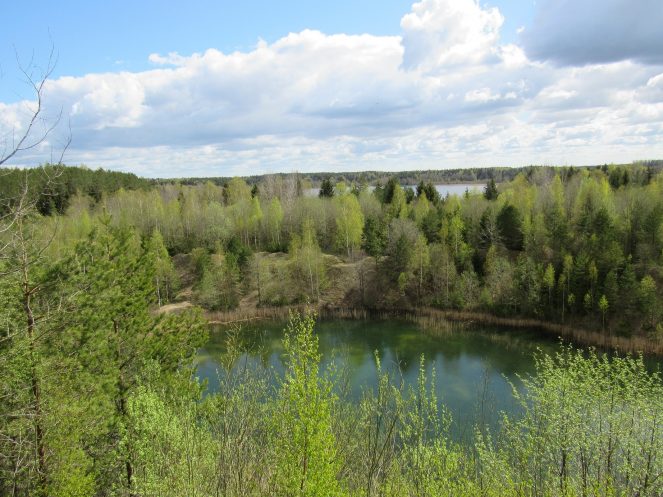 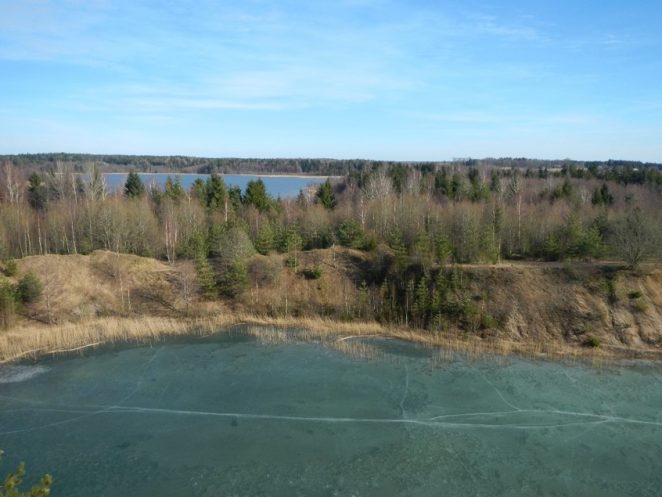 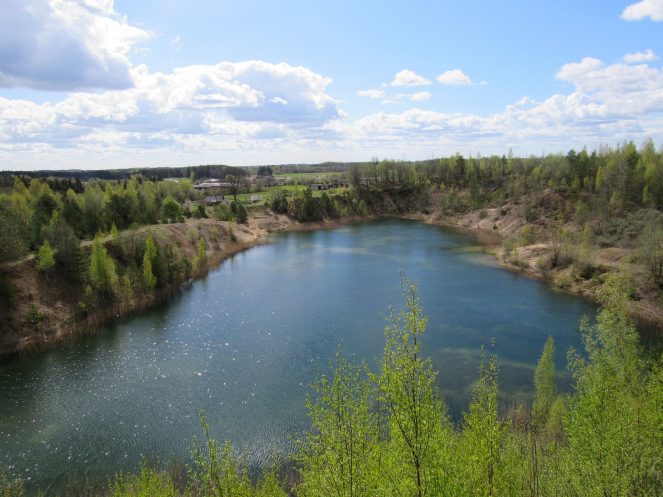