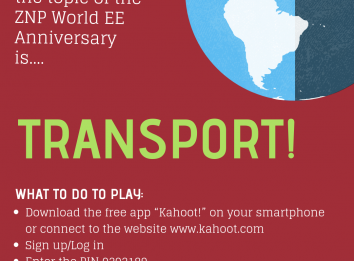 Mobility is an undeniable social good and integral to the global mobility, but all the pollutants that mass transportation vehicles are releasing in the atmosphere are not. The most part of pollutants emissions comes from transport sector. Gasoline and diesel engines produce high amounts of PM (especially diesel), carcinogenic aromatic hydrocarbons, nitrogen oxide and dioxide during combustion process. Not to mention that transport accounts for more than a fifth of greenhouse gas emissions, second just to electricity generation as a source of carbon dioxide. And the impact on the energy consumption is relevant too: transport sector accounts for around a third of all final energy consumption, while, at a global level, two-thirds of the oil consumption is used just to fuel cars and trucks.

Methane and LPG, thanks to their gas state and the smaller size of molecules, are slightly less polluting than liquid fossil fuels. But it’s impossible to ignore the geopolitical problem related to the countries where these resources are abundant, as well as the huge amount of greenhouse gas coming out of deposits during extraction processes.

Urban transport is the single greatest source of emissions, but not the only one. For instance, nobody ever tells that around 80% of global trade floats its way from place to place, the extremely low-quality of ship bunker fuel contains 350 times more sulphur than diesel for cars and trunks, that the port cities where ships congregate suffer most from the nitrous and sulphur oxides and PM they spew into the air – 60000 deaths from cardiovascular and lung diseases each year are attributed to PM emitted by ships! – or that shipping cargo across oceans produces 3% of global greenhouse gas emissions by now, growing as world trade continue to increase. Anyway, it would be the most effective-carbon was to move materials where an efficient rail system does not exist or cannot be used due to geography: a plane emits 47 times more carbon dioxide to transport the same quantity of goods the same distance!

For short distances, the electric vehicles are a very good alternative as to carbon dioxide emissions. With respect to a gasoline-powered vehicle, the reduction can range from 50%, if power comes off the grid, up to 95% if it’s derived from solar or wind! Moreover, nowadays the costs has incredible lowered, making it much more affordable and, as a matter of fact, increasingly the preferred option. In fact, most recent data say that sales volume has multiplied tenfold in less than a decade, and in one only year, from 2014 to 2015, sales jumped from 315.000 to 565.000 vehicles! But also, electric engine is much more efficient than gasoline engine, 60 % compared just 15%. Then, electric vehicles are simpler to make, have fewer moving parts, and require little maintenance. And the “fuel” for electric cars is dramatically cheaper: it achieves 69% cost savings! Of course the most important matter concerning electric vehicles is the network of charging stations, but the global stock already more than doubled between 2012 and 2014.

Nevertheless, regarding urban transportation, the oldest and easiest solution is still public transport. In many low-income countries, mass transit remains a primary form of urban mobility, while in other, more industrialised and advanced, countries it’s not the most popular choice. For example, across U.S. metropolitan areas that do have mass transit, less than 5% of daily commuters use it. It’s understandable the strong allure that freedom from fixed routes and schedules have, but the benefits of public transport are various, not only concerning pollutants and greenhouse gas emissions: Relieving traffic congestion, for example; Because of the spatially leaner mass transit system (think of the parking spots alone!), more space is left for other uses, such as green spaces, housing or places for business; Fewer people in cars = fewer accidents; eventually, it makes cities more equitable to people who cannot drive.

Many other solutions are coming from new technologies or back from old strategies. The way to replace fossil fuels is maybe still long, but we’re running quite fast!

From October 14th to 26th, every day you’ll find here, and on our Facebook and Instagram pages, funny quizzes and games online to know more about environmental issues. You can play everywhere and whenever you want. Follow the anniversary!

Enjoy our quiz on Kahoot. What to do to play: