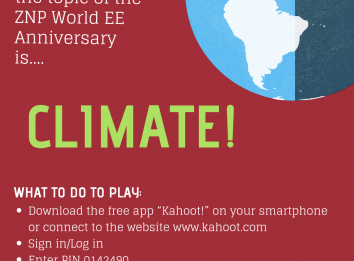 The whole Europe (and it isn’t the only one) has recently witnessed an incredibly dry weather, with a warm winter and an unbelievable hot summer, even in the most northerly places: this summer in Drag, a small village north from Oslo, the temperature reached a peak of 33,7° C; in Canada 36,6° C (the highest in 147 years); in UK the average temperature was 17,2° C, so much that from satellites the country appeared no more green, but brown.
These are just a few events warning us that climate change is no more a prediction, it is reality by now. Everything what was announced it’s occurring, and, even if we perceive those episodes as extraordinary happenings, they’re going to become average.
Is it just a matter of hot weather? Of course not. Climate is based on many fragile chemo-physical balances. If just one of the pawns is moved, all the machinery starts to work differently and sets off a chain reaction.
Hot temperatures matched with extreme drought affect natural ecosystems and typically begets or stokes (and stoked indeed) hard fires, as those in July in Greece, that destroyed forests, fields, houses and killed 91 people. Even Yosemite National Park had to close off to public for three weeks because of the gravity of fires they had to cope with (more than 60 in all USA, Alaska included). In North-Europe, owing to the unusual heatwave, Sweden saw a dramatic decrease of winter pastures that seriously threatened the reindeer populations.
The heat stored in the atmosphere increases the energy of the Earth system and stokes weather events, making them stronger and more frequent. Think about tropical cyclones: hotter water evaporates faster and rises moisture in the air, the feed to turn a relatively light wind or any weather disturbance into a hurricane. Very recently, on September 14th, we saw the effects of 2 of them in two opposite corners of the world: hurricane Florence in USA, involving North and South Carolina, Florida and Virginia. It was 80km larger than usual, with 150 km/h winds and 600 mm of rain (50% more than past times) and resulted in more than 40 victims and estimated 22 billion dollars; typhoon Mangkhut in the Philippines, where this kind of phenomena grew in intensity by 12-15% and in destructive potential by 50%, as a consequence, since the end 1970s.
Effects of climate change are not only a weather matter. For the first time on record, Arctic’s oldest and strongest perennial sea ice in Arctic broke up, and the melting of mountain and arctic glaciers means a higher sea level – which is a serious danger for seaside places – and a smaller surface to reflect sunshine – which means a greater absorption of heat by the water. A vicious circle.
Ecosystems are changing. Cherry trees are now blooming in Japan, in the middle of autumn! Many local species are not able to adapt to such rapid environmental changes, while other species are spreading around wider ranges, taking them over. It’s not only a matter of nature: when these species are carriers of pathogens, it’s much more a human matter than most people expect. Dengue fever, malaria, Zika and Lyme diseases are just a few well-known examples.
With acidification of oceans, due to the excessive amount of CO2 in the atmosphere, we’re losing numerous marine species and half corals of the Australia’s Great Barrier Reef has died since 2016.
The latest report published by IPCC (Intergovernmental Panel on Climate Change) informs us about the increasing of the average temperature by 0,17°C each decade since 1950, and warns us about the hazards of keeping our trend unvaried in the future. Basically, it tells us that we are in a critical situation, where, even if we shut down all our emission sources, all the greenhouse gases that are ALREADY in the atmosphere would affect our climate for a long time. But it also tells us that we’re still on time. This is our last chance to change deal and save the planet we know.
The report dedicates an entire chapter to the possible solutions, and this is a point where conflicts among nations’ interests emerge stronger. The IPCC underlined the necessity of a dramatic decrease of the energy request by factories, transport, and buildings. Indeed, 45% of global CO2 emissions must be cut down by 2010 (compared to 2010) and net emissions must be zeroed. Renewables must achieve 70-80% of energy request by 2050. Ambitious but unavoidable goals. That’s why we absolutely need the involvement of every person in the world, every government, every economic and financial authority. “Mankind – concluded WWF – is facing a war against itself. Our societies must deeply change. If we don’t operate now, in 2040 we could lose the battle”.

From October 14th to 26th, every day you’ll find here, and on our Facebook and Instagram pages, funny quizzes and games online to know more about environmental issues. You can play everywhere and whenever you want. Follow the anniversary!
Enjoy our quiz on Kahoot. What to do to play:
1. Download the free app “Kahoot!” on your smartphone or connect to the website www.kahoot.com
2. Sign up/Log in
3. Enter the PIN 0142490 or use the link here https://kahoot.it/challenge/0142490
4. Start the challenge!