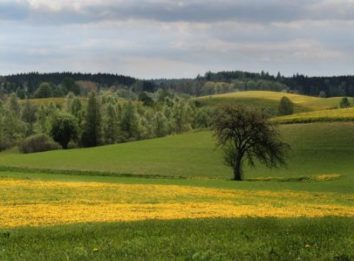 Šarnelė is a village known from the 16th century; it is situated 1 km northwest from Žemaičių Kalvarija and stretches for about 5 km. It is a farmstead village occupying approximately 20 km² and famous for its shady farmsteads. Vytautas Mačernis (1921-1944), the poet, was born in one of these farmsteads. Vytautas Mačernis loved dearly his native village and described his childhood memories in his poetry. The poet was buried in Šarnelė. Ethnographer Konstantinas Bružas proposed the idea to memorize the locations liked by the poet in Stone Visions.

A mound called Švedkalnis stands in the village of Šarnelė, and also there is lake Šarnelė.

According to archaeologist Vladas Žulkus, the Šarnelė castle and Gardai castle (Žemaičių Kalvarija mound) most certainly used to belong to the same county of Curonian Ceklis land castle. The major part of archaeological finds are found in the environs of Šarnelė mound. In 2006, new finds replenished exhibits of exploratory expeditions. When carrying out reconstruction works on Žemaičių Kalvarija – Barstyčiai road, near the mound, a rich cultural layer of Šarnelė ancient settlement II was discovered (the survey took place under supervision by Bronius Dakanis, an archaeologist; the layer featured fireplaces, various pottery, iron slag and remains of manufacturing and utilities. On the basis of pottery with rough surface and wheel made pottery, the settlement dates back to the 2-nd half of the 1st millennium A.D. – the beginning of the 2nd millennium A.D. 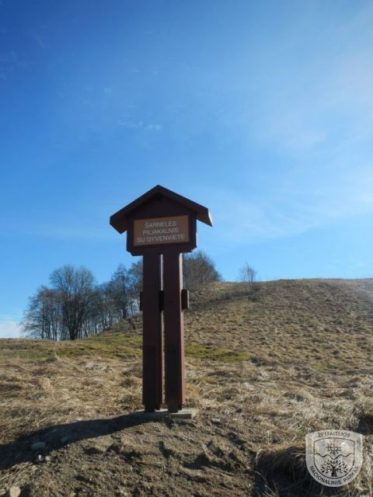 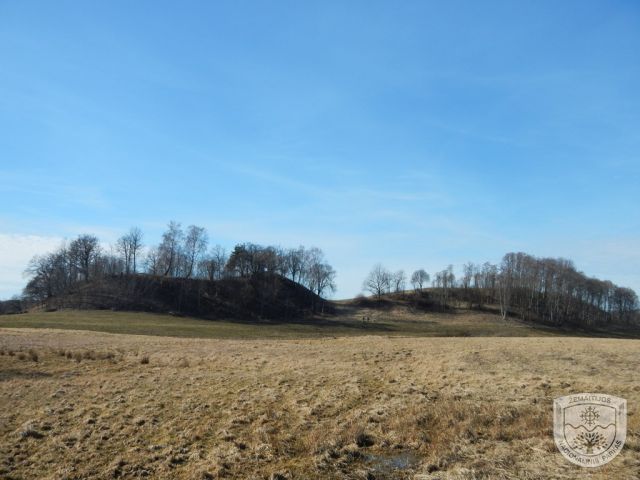 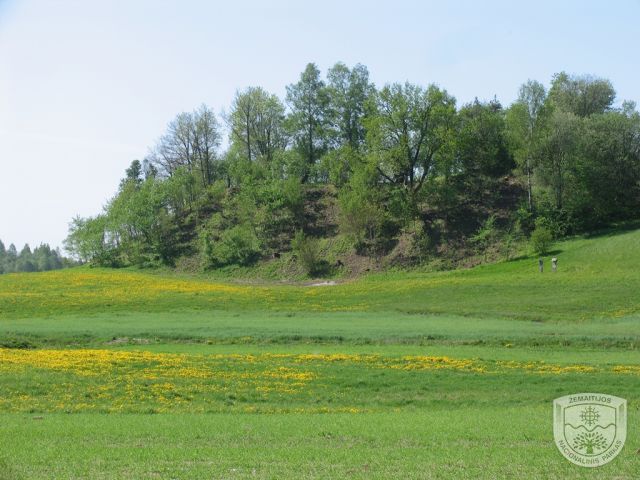 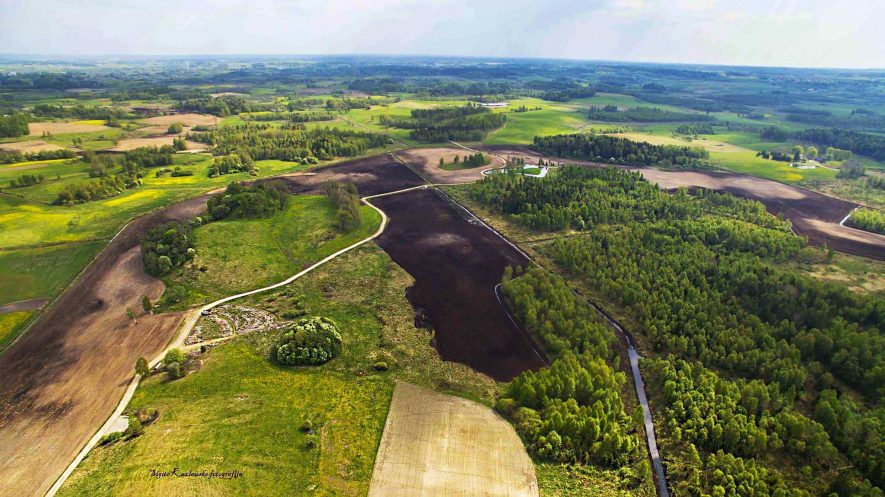 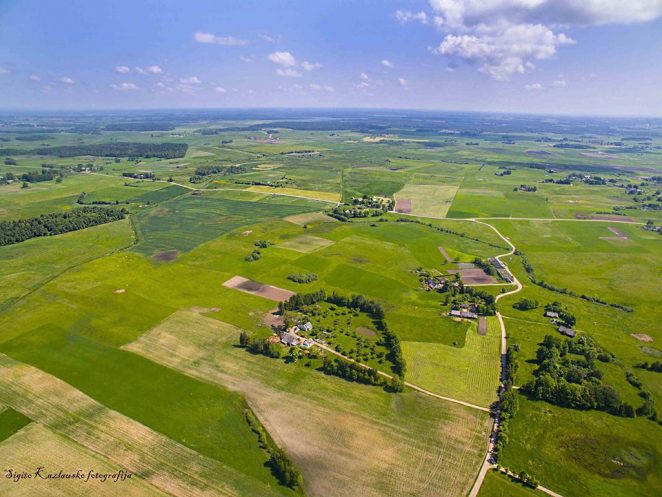 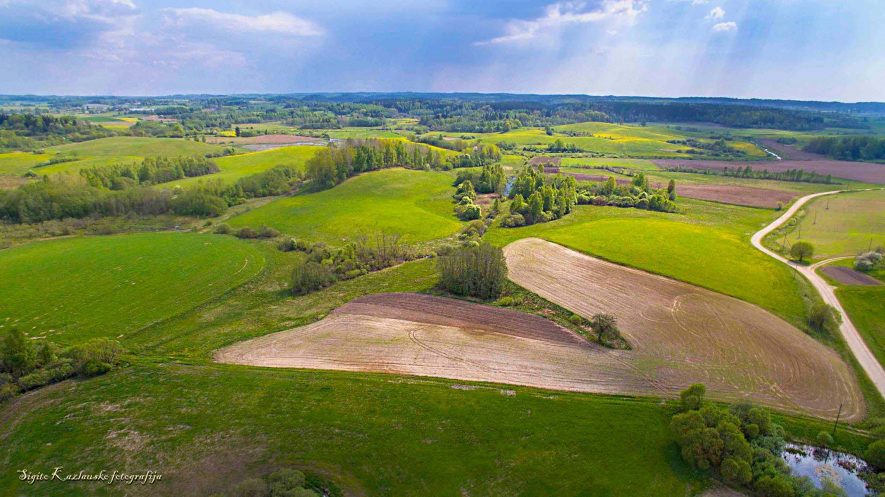 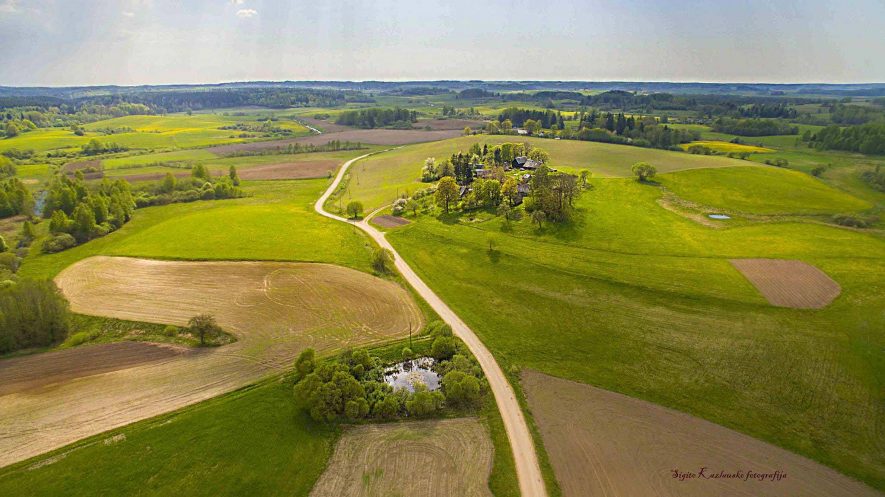 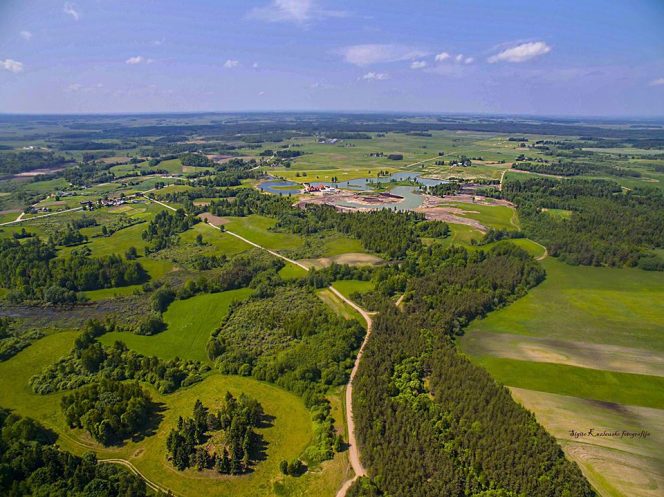